It started out as a book publishing company with the founder as the author of the books published. These books are mainly children books used all over the country in schools.

It has its primary office locations in Abuja, Lagos and Enugu. With over 30 paid staffs collectively. 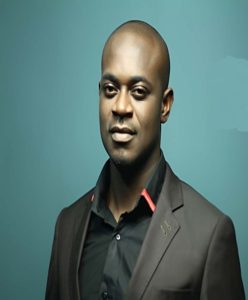 A Graduate of Geology from the University of Nigeria Nsukka,Nigeria and an indigene of the same place.

He has written over 100 Children books used compulsorily in various federal and state schools in the Country.

He also owns a Music & Photo Studio which apparently prompted his filmmaking venture. He premiered his first major Film which is an adaptation of one his books titled “Mummy Why” featuring an all star Nigerian cast like Pete Edochie, Ernest Obi, Tony One Week, Uche Ogbodo amongst others.

He is also a Part-Time Presenter on Enugu Dream 92.5Fm. Where he has his own program titled #Ogabuagaa airing Tuesdays and Thursdays from 3pm – 4pm (Stream available on this website)

The Nani Boi Book Series is a compilation of all the books Nani Boi has written over a period of 10 years. Some of the stories were written early but was not printed.

This can be viewed and purchased on its official website or in stores all over the country.It has over 100 series in production.

This studio is managed by Popular Producer “Dekumzy” responsible for many hit songs for artists like Flavour, Bracket, Charlie Boy, Stormrex, Mr Raw, Slowdog amongst others can boast of quality productions.

This was initiated in 2015, the most recent of his ventures.It has 2 Nollywood movies in production already, featuring stars like Pete Edochie, Ernest Obi, Uche Ogbodo, Tony One Week amongst others. A Tv Series airing on various stations.

The Program is titled “Ogabu Agaa ” anchored by the founder “Nnaemeka “Nani Boi” Eze” has since its inception in 2015 garnered a high listener rate presumably due to its originality which led to the partnership with the radio station Dream Fm.

The Nani Boi Franchise is dedicated to the expansion of quality in the entertainment industry. With a proven track record in such a short time indicates dedication to diligent delivery.

Our aim in the near future is to bring our services to as much people as possible while still Maintaining quality.

We believe in transparency and will welcome customer opinions to assist our development.