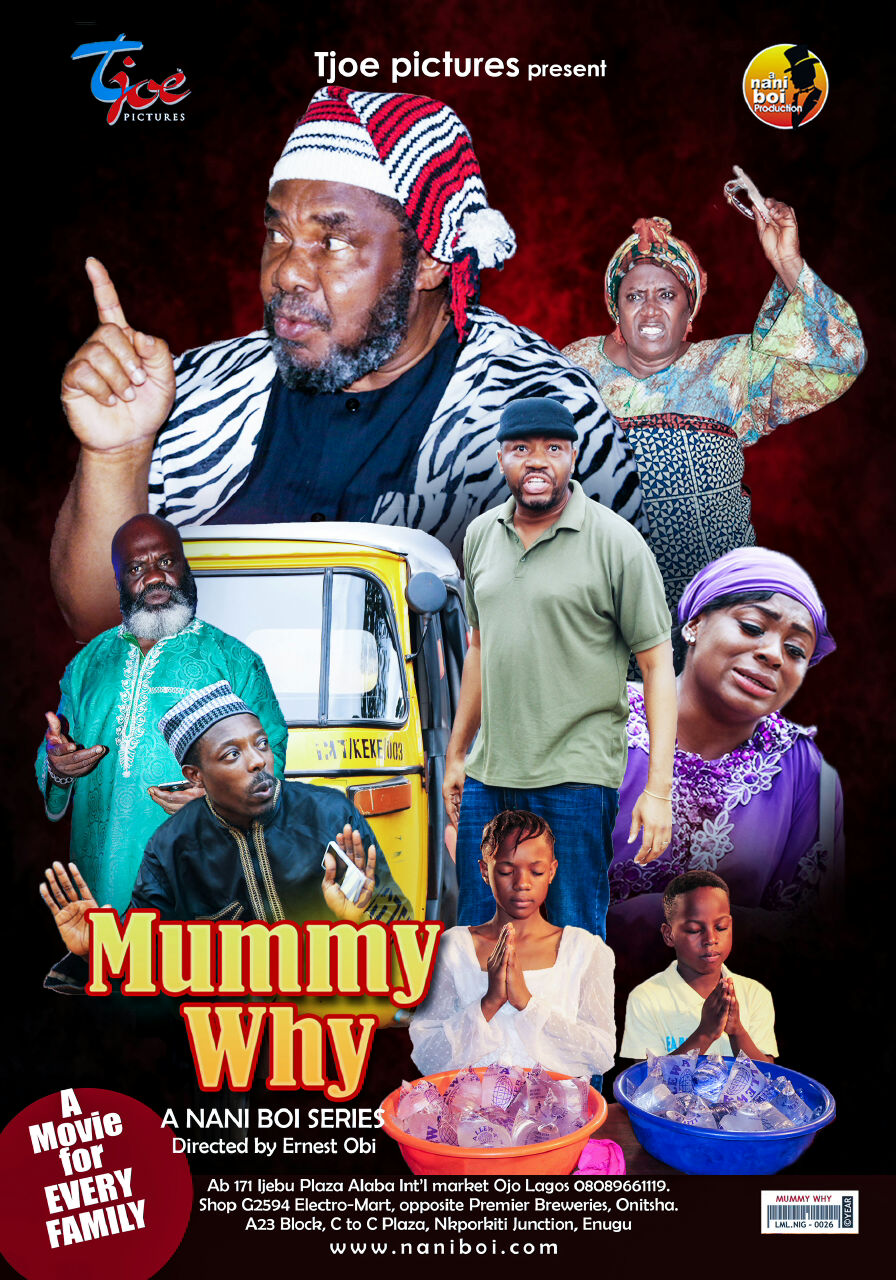 As a bank manager, Charles took a risk that cost him his job & everything he had laboured for. In other to survive and still live up to standard, a friend introduced Charles’ wife to a deal that cost her her marriage. The kids were not left out in the fight to survive as life seemed hopeless. An intriguing suspense-filled family story adapted from the best selling story book, MUMMY WHY. Written by the prolific writer, Eze Nnaemeka Charles (NANI BOI) & directed by Ernest Obi. Starring Pete Edochie, Tony One Week, Uche Ogbodo, Ernest Obi, Harry B, Jude Dawam, Evi Ernest Obi, Chinwe Owo amongst others. Marketed by Tjoe pictures – the popular music marketer who just joined Nollywood to beat standards. Mummy Why!!